Since the development of transmission lines and the process of hanging wire or cables from poles, galloping of lines has existed. This phenomenon has cost the transmission industry untold amounts of money in the form of damaged lines and loss of revenue due to power that could not be delivered.

The US Department of Energy estimates a loss of 25 – 180 billion dollars annually due to power outages caused by failure to deliver power to its customers. With this in mind, there was the need to develop a suspension device which would counteract Galloping and increase the life of conductors. 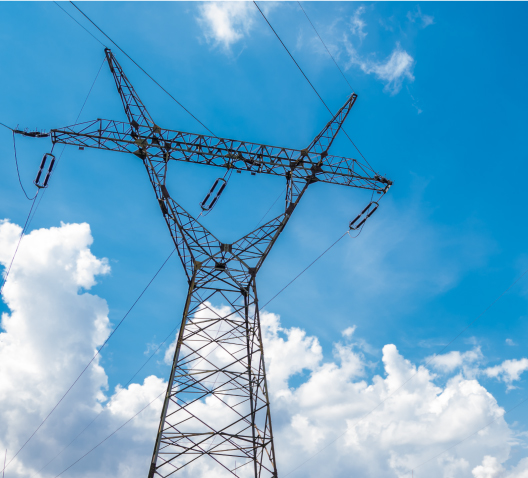 By doing this we are improving the service to our customers saving the company money by being cost effective.

This will come about by adapting a system that has no risk for all of us since the components are already tested and passed existing standards.

The points we want to touch on, is the design of new towers, conductors and suspension systems. We know with the present system suspension towers are designed to carry the load of the conductor and handle natural forces such as wind rain and snow and they are designed with an old formula that has been in use for many years and with the event of new materials and components they have not been revised.

If we can remove various sources of energy that impart themselves into the suspension towers we can then reduce the weight in the tower construction and improve overall reliability.

The next great difficulty is galloping this is basically a visible sine wave which creates extreme stresses and strains on the whole suspension system, the easiest way to defeat and remove sign waves is by removing the static points of which the sine wave has a start and end point.

The third force is weight the ultimate solution would be to have a conductor with no weight which we all know is not possible, so one of their solutions is to use a conductor that is strong, lightweight and which has a configuration with the smallest diameter and the largest cross-section which will allow maximum flow of electricity .

With the design of high efficiency and low sag conductor, two factors are taken into consideration which is weight and the ability to maximize transmission.

This conductor has proven itself in the market as strong reliable and lightweight.

Since the conductor is held only in the vertical and lateral position the ability for a sine wave to generate is removed.

The Dane clamp has been tested to outperform all regular clamps in the standard configuration and capacity, it has the added benefit of controlling the amount of compression on the conductor therefore it will not cause deformation. Due to the ability for the conductor to rotate without coming into contact with the entry and exit points the clamp eliminates fraying. It also eliminates the effect of bird caging and compression of the conductor at the suspension clamp since it is not held rigid.

We are proposing that in an area of known galloping and Aeolian vibration one phase would be replaced with Dane Clamps so that a quantitative test can be done and the effectiveness of this system can be proven.